In the final instalment of a two-part series of TheJudge Global’s guide to the litigation funding and insurance market, Katie Armstrong reviews the factors clients should take into consideration when choosing a litigation funding provider.

Plaintiffs shouldn’t be tempted to settle for the first litigation funder they come across who is willing to take their case, says Katie Armstrong, the director of international development at TheJudge Global.

Since its founding in 2000 in the U.K., the firm has brokered countless litigation funding deals, connecting clients with the funder that best suits their individual needs. Having recently entered the Canadian market through its merger with Toronto-based JusticeRisk Solutions, TheJudge is now bringing the value of its service and expertise to plaintiffs in this country, she says.

“Litigation funding remains unregulated so plaintiffs should be cautious and seek independent advice before engaging a funder,” Armstrong tells AdvocateDaily.com.

When it comes to picking the right funder, Scott Smith, who handles operations and sales for TheJudge’s Toronto office, says that there’s much more to the decision than the offered price.

“It’s a big one, but price is not the only factor,” he explains.

Here are some of the others that a properly guided plaintiff should take into consideration, Armstrong says:

The cost of a transaction varies according to the models used by different funders. She says some will tie their fee to a percentage of the recovered damages, while others may express their success fee as a multiple of their initial investment.

“Other funding arrangements may rely on an ATE insurance policy to cover their investment, in turn reducing their success fee to a simple interest rate model,” Armstrong says.

It may not always be in the interests of plaintiffs with very large claims to commit to an uncapped percentage of damages if the initial funding investment they require is very small, she says.

“We need to ensure the client is securing terms that are fair and reasonable. As a broker, we understand the market standard and the value of informed advice,” she says. “Generally, caps on percentages or straight multiples can help keep the level of risk proportionate to the potential recovery.”

In addition, Armstrong says some funders prefer to charge interest based on a percentage of the total amount committed to the claim, while others are open to base their fee on the actual amount spent in the advancement of the case — all with the aim of reducing the funding cost.

She says a frequent compromise sees funders advancing funding in “tranches” as they are needed, up to a set limit. The base fee would then vary depending on the tranche drawn down and capital deployed by the funder. That could be beneficial for a plaintiff who settles early without actually using the entire budgeted funds, Armstrong explains.

“This is where our role is key, as negotiating minor tweaks can have a huge effect on the overall cost of a transaction,” she adds.

Armstrong says a funder’s flexibility on the structure of the transaction is an important factor for plaintiffs whose claims may settle early.

“You want to make sure the agreement is structured in the client’s advantage when it comes to a potential early settlement,” she says. “For example, a plaintiff may want to consider locking down funding at an early stage in the proceedings, promising to pay the funder a nominal success fee in the event that, for example, an anticipated early mediation is successful. At the same time, the plaintiff will be funded if talks break down and the litigation continues.

“Securing funding at an early stage and prior to a potential settlement is more attractive to the funder and will therefore be reflected in the overall cost of the transaction,” Armstrong says.

In a developing market, many funders have already built up expertise in certain types of claims, she says.

“You should look at the funder’s profile and try to match it with your claim profile,” Armstrong says. “Funders have no control over the claim, but they should be seen as an additional resource if it’s needed, supporting the litigation team and assisting with settlement strategies.”

Each funder will carry out its own due diligence on a claim before committing to an agreement.

“As brokers, we’re very sensitive to each funder’s process, how long it will take, and the likelihood of a positive sign-off,” she says. “Each funder’s due diligence process varies and as a broker, we offer practical advice and impartial guidance at every stage of the process, based on our decades of experience in litigation finance. We approach funding markets simultaneously and help streamline the funder’s due diligence process.”

Click here to read part one where Armstrong discusses how to choose the right insurer. 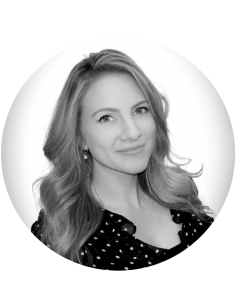 Do you want to visit our website in your country?

Choose which site you want to visit below: